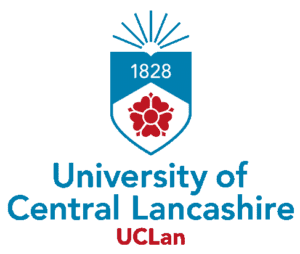 The University of Central Lancashire (abbreviated UCLan) is a public university based in the city of Preston, Lancashire, England. It has its roots in The Institution For The Diffusion Of Useful Knowledge, founded in 1828. Subsequently, known as Harris Art College, then Preston Polytechnic, then Lancashire Polytechnic, in 1992 it was granted university status by the Privy Council. The university is the 19th largest in the UK in terms of student numbers

The university is on an urban campus in Preston; others in Burnley, Westlakes in West Cumbria (for nuclear and energy related research programmes) and a €53 million campus in Cyprus opened in October 2012.

The university has students and researchers from over 100 countries and partnerships with 125 international institutions. It has a base in China’s Shenzhen Virtual University Park, conducting collaborative research with some of China’s leading universities into nanotechnology with applications in drug delivery, water purification and fire toxicity.

Within the School of Language and Global Studies, staff speak 30 languages and represent 22 nationalities.

UCLan has 98 professors, over 600 research or knowledge transfer-active members of staff, and 763 research students. There are 246 Honorary Fellows of the university.

UCLan enrolls students from over 100 countries and has partnerships with 125 international institutions located across the world. Each year over 2,000 international students study at the University’s Preston Campus.

UCLan was the first modern university in the UK to be included in the Quacquarelli Symonds (QS) World University Rankings. In 2013 QS awarded UCLan the full five stars for its approach to ‘Internationalisation’ with a proven track record for specialising in all aspects of international educational provision.

UCLan has over 3,000 students enrolled offshore, across a diverse range of countries including China, Greece, India, Mauritius, Singapore and the USA.

In 2012 the University opened UCLan Cyprus, a €53 million branch campus in Larnaka, Cyprus. It is the only private British university in Cyprus.

In 2013, following receipt of Chinese Ministry of Education approval and together with its partner Hebei University (HBU), the UCLan established the ‘Hebei/UCLan School of Media, Communication and Creative Industries’.

Initially the joint School will have non-independent status, meaning that although it will be a separate entity from HBU it will be wholly owned by it. The School will have 800 students, recruiting 200 per year for the four-year duration of the programmes. The intention is to grow to 1,600 students and then to focus on a broader range of subjects, targeting science in the second wave. When successfully operating at the expanded level, the School will apply for independent campus status.

ur courses have been designed to comply with the educational requirements published by the UK Engineering Council, the Royal Aeronautical Society and the Institute of Mechanical Engineers meaning you’ll graduate industry ready.

Our MSc in Human Resource Management is ideal if you’re interested in how organisations get the best out of people and have little or no work experience since graduation. It will give you enough knowledge and skill to build a career in an organisation that has significant people management dimensions within it.

Immerse yourself in the emerging interdisciplinary field of engineering, computing and statistics. Combine a project-based approach with flexible learning on our MSc in Applied Data Science. The course tackles four key strands of data science learning: data science, artificial intelligence, the Internet of Things, and robotics.

As we increase our use of communication technology and information-based applications, we need to respond to more threats from illegal or unwanted activities. Our MSc in IT Security will develop your computing skills in the theory and practice of computer security.

Our MSc Computing course will equip you with advanced skills in the design and development of computer systems, preparing you for a thriving career in the digital industry.

Be market ready with skills that are needed in industry.

Immerse yourself in the emerging interdisciplinary field of engineering, computing and statistics. Combine a project-based approach with flexible learning on our MSc in Applied Data Science. The course tackles four key strands of data science learning: data science, artificial intelligence, the Internet of Things, and robotics.

Learn how to systematically apply engineering principles to complex and unpredictable real-world problems on our MSc Mechatronics and Intelligent Machines course. You’ll explore the new technologies transforming the world in which we live whilst also securing practical experience through a workplace or industry placement.

Our programme equips health and social care practitioners with the skills to design and lead high quality clinical research. This is the only course of its kind on the UK North West Coast, and the only campus based programme in the North West of England.

Do you want to become an occupational therapist? Do you have study skills from completion of an undergraduate degree? If so, our pre-registration MSc offers a superb opportunity to undertake a Masters course in two years. Successful completion of this course entitles you to apply for registration with the Health and Care Professions Council (HCPC) and, with this registration, take up employment as an Occupational Therapist.

You’ll be taught by expert staff who are passionate about occupational therapy and are actively involved with the Royal College of Occupatioanl Therapists, research and the development of the profession.

Our innovative online MSc in Digital Marketing Communications is the first of its kind in the UK and will provide you with cutting-edge knowledge in Digital and Social Media Marketing which can enhance your future career prospects.

This course prepares you to rapidly progress your career in an exciting, growing industry. Our course is aimed at both new graduates and industry professionals who wish to broaden and deepen their knowledge in a wide range of mechanical engineering subjects.

We produce outstanding journalists with the technical and practical skills needed to tell the stories that matter. If you want to learn how to produce news and current affairs for radio, television and online/digital audiences, our MA Multimedia Journalism course is exactly what you’re looking for. We’re accredited by the Broadcast Journalism Training Council (BJTC), so you’ll benefit from a hands-on, challenging and highly relevant pathway into the journalism industry.

If you want to create broadcast content for live clients, learn the very latest industry skills and gain production credits while you’re studying then our MA Television Production course is exactly what you’re looking for.