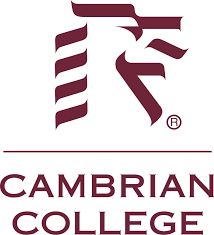 Cambrian College is a college of applied arts and technology in Greater Sudbury, Ontario, Canada. Established in 1967, and funded by the province of Ontario, Cambrian has campuses in Sudbury, Espanola and Little Current.

Cambrian works in partnership with school boards, training institutes, universities, and other institutions.

Cambrian College was founded as a trade school in 1967, during the formation of Ontario’s college system. It was originally established with campuses in Sudbury, North Bay and Sault Ste. Marie; the North Bay and Sault campuses became the independent Canadore College and Sault College in 1972 and 1973, respectively.

Until 1995, Cambrian was a bilingual institution, offering courses in both English and French. In that year, the French programs were transferred to Collège Boréal.

The largest college in Northern Ontario, Cambrian College has over 4,100 full-time students and close to 80 full-time programs, a number of which are uniquely suited to the academic and employment aspirations of First Nations people.[citation needed] An additional 9,000 registrations are taken annually for part-time personal, professional and human resources development courses, workshops and seminars. Delivery methods include classroom learning, independent learning, distance education and the Internet.
The various programs at Cambrian College are organized under the umbrella of five larger schools :

Cambrian is also home to 3 particular student government associations; SAC (Students Administrative Council), CNSA (Cambrian Native Students Association) and the CAA (Cambrian Athletics Association). All three provide essential services to students, although SAC represents every student on campus and provides specific services regarding students and student life. These services range from basic student services like faxing and mailing duties; to the executive council members of SAC dealing with academic appeals, clubs and associations duties, college-wide changes, leadership and other concerns. The executive of SAC reports to a student body elected President (As do the CAA and CNSA).

The energy systems program was launched in fall 2007 at the Barry Downe campus and features “The Living Building Project” which has received significant government and industry funding. Students in the energy systems program take classes in areas as varied as chemistry, instrumentation and biology and take a hands-on role in the construction and design of “The Living Building Project”.

Cambrian College has agreements with universities in Canada and in countries that include Australia and the USA that enhance student mobility between college and university. These agreements formally recognize credits earned at each institution and facilitate the transfer of these credits between institutions.