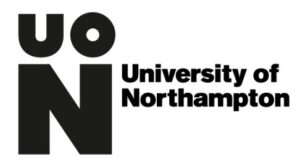 The university offers a good range of undergraduate degrees, foundation degrees, diplomas and a spread of postgraduate opportunities up to PhD level.

In the 2012 Guardian University League Table, the university was ranked first for ‘value added’ in UK.
The university was awarded ‘The Outstanding HEI Supporting Social Entrepreneurship Award’ at the UnLtd/HEFCE ‘Dare to be Different’ national conference in June 2011. and has also been named the Midlands most ‘Enterprising University of the Year’ for both 2011 and 2012, in recognition of its add social enterprise. In February 2013, the university received international recognition for its commitment to social innovation and entrepreneurship by being designated a ‘Changemaker Campus’ by Ashoka U. Northampton is that the first Changemaker Campus within the UK and joins a worldwide network of 21 other Changemaker Campuses.